Hai-O Enterprise Berhad was established in 1975 by a group of compatriots cherishing national independence, socialism and human rights. From the day of its inception, it has donated to education, even though with limited start-up capital. Throughout the progress of Hai-O Enterprise Berhad , it has been donating to and sponsoring needy and impoverished individuals and groups.

The Hai-O Arts and Culture Grants is created under the patronage of Hai-O Foundation, to encourage and support Malaysian arts and culture with the view to promote participation by all ethnicities in Malaysia, celebrating the rich diversity in Malaysian arts. Social justice, multi-ethnic unity and harmony form the spirit of the Hai-O Arts and Culture Grants.

Arts that bring together a wide range of contrasting spheres, through inter-disciplinary, multicultural and experimental approaches, articulating Malaysian identity are welcome. The amount for the Hai-O Arts & Culture Grants is RM 50,000.00 (Ringgit fifty thousand). The fund will give out:

The Winners of The 2022 Hai-O Arts & Culture Grants 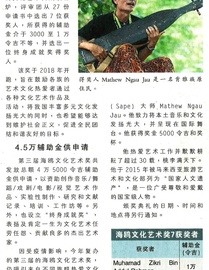 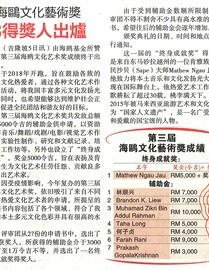 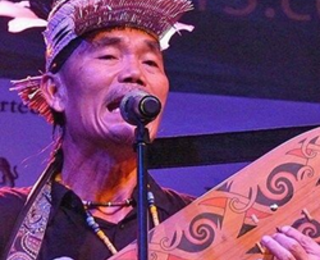